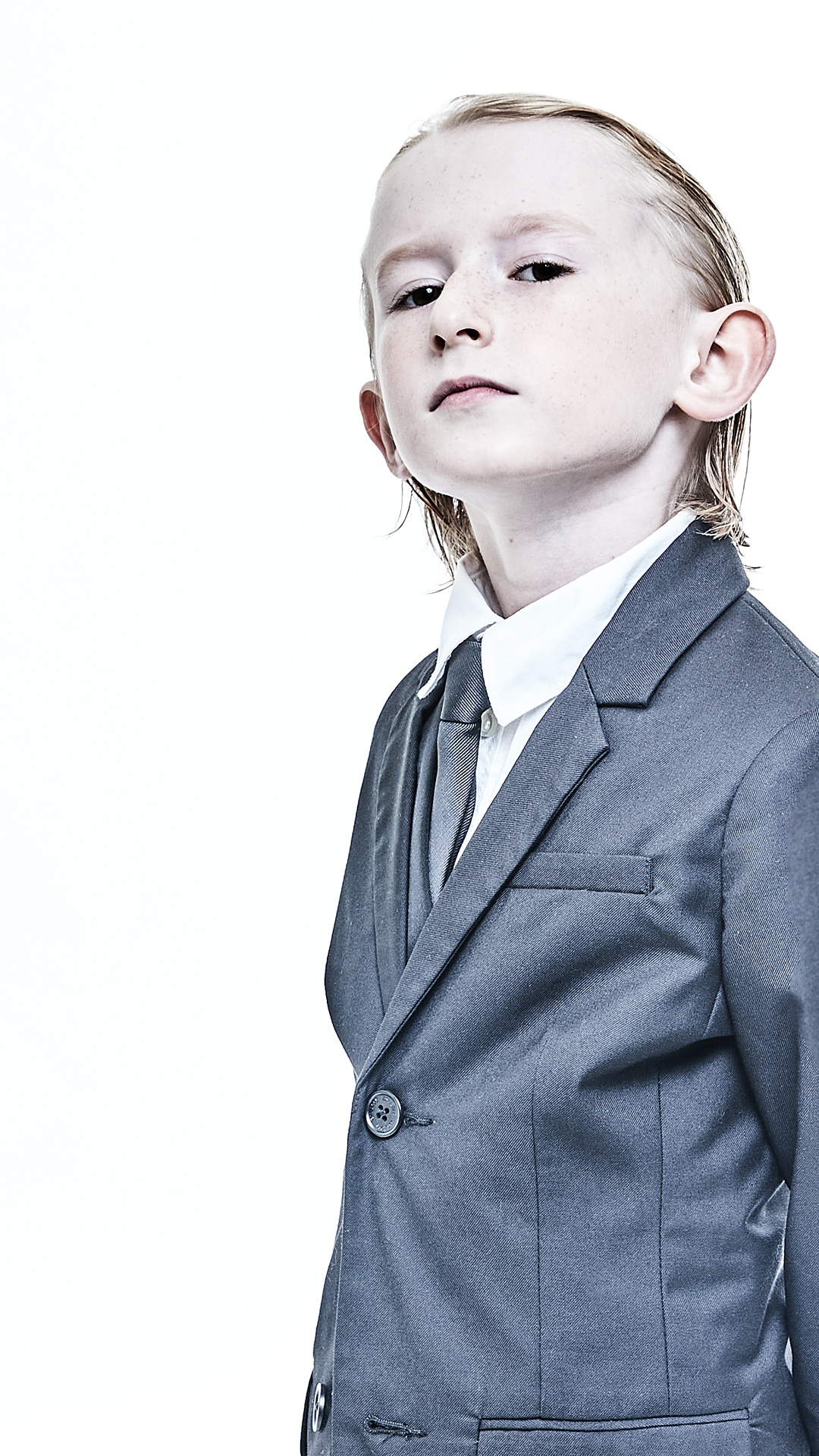 I'll probably kill myself before I'm thirty. - Cool. Make sure to take someone down with you. In the online world, a wave of radicalization and extremism is rising among children and youth. Love is love and shit. Long live hatred! They're just kids. Why are you letting your sister date that kike? They became victims of manipulation, instruments of other people’s aims. I’m always armed with a fixed blade at the very least… Join us and immerse yourself into the digital darkness that most of us are – perhaps intentionally – unaware of. Since we live in such a rotten world, is violence still a sin? What will it take for a twelve-year-old boy to move from such words to deeds?

In April 2020, Estonian police caught the leader of an international neo-Nazi online organization who operated under the nickname “Commander.” It turned out to be a thirteen-year-old boy. The astonishment and questions raised by this news release set in motion Farm in the Cave’s new project, which includes a theatrical performance, an art film with child actors, an exhibition installation, educational videos and workshops. Through these different ways, we are trying to understand the unsettling mystery that lies beneath the surface of this reality.

During adolescence, we form our identity, values, social relationships and sense of belonging. We study the world and its rules. The generation of today's teenagers has had the internet in their lives basically since the day they were born, and so their process of (self-)discovery takes place not only in the real world but also in the virtual one. However, the internet uses various tools to win our attention. It has thereby become fertile soil for the growth of misinformation, extremist ideologies and hatred. Thanks to anonymity and effortless identity theft, it is also an ideal environment for manipulation. The combination of these factors makes the internet a perfect tool for extremist groups to use for their "recruitment.” A wave of teen radicalization is therefore rising across the virtual space on discussion forums, social networks, and video games. Hidden from the public eye.

Commander is an extensive project divided into two parts – an artistic and an educational one. It does not directly address the story of the radical child leader, who served only as the initial impulse for the creators to explore our society and the principles leading to polarization and the online radicalization of youth. Farm in the Cave thereby draws attention to the hidden and overlooked dangers that children and young people face in the online world, as well as to the consequences that this may have for our society. 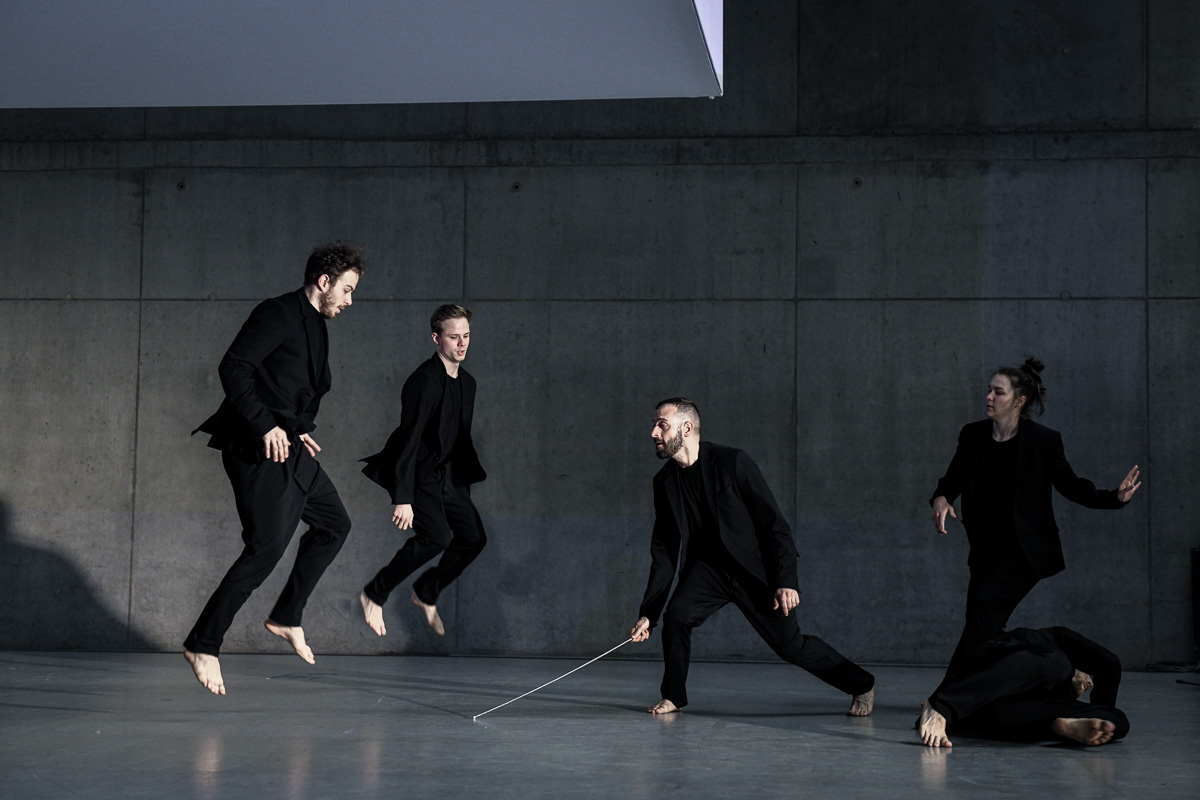 The physical theatre show portrays a society made up of immature individuals who do not live their lives but rather play them as a game. They compete for their place in the world, seek rewards, and must constantly prove their performance and suitability for the position they occupy in order to stay on the same "level." And if they fail – they are out of the game. 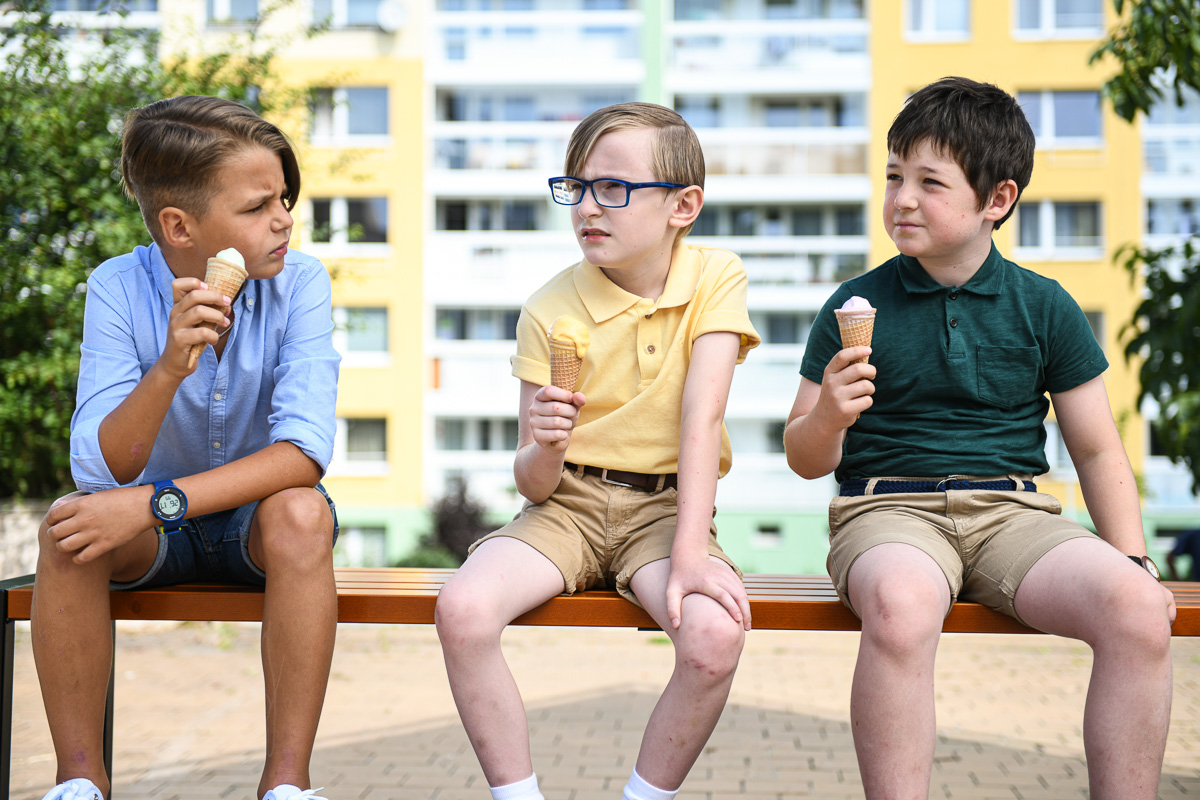 The audiovisual part sets authentic dialogues from the virtual environment into the real world and portrays children in situations we could not nor want to imagine them in. The chilling atmosphere of conversations, in which children publicly talk about sex, death and hatred, balances between absurdity, humour, fear, and horror.

More about the multi-media show here 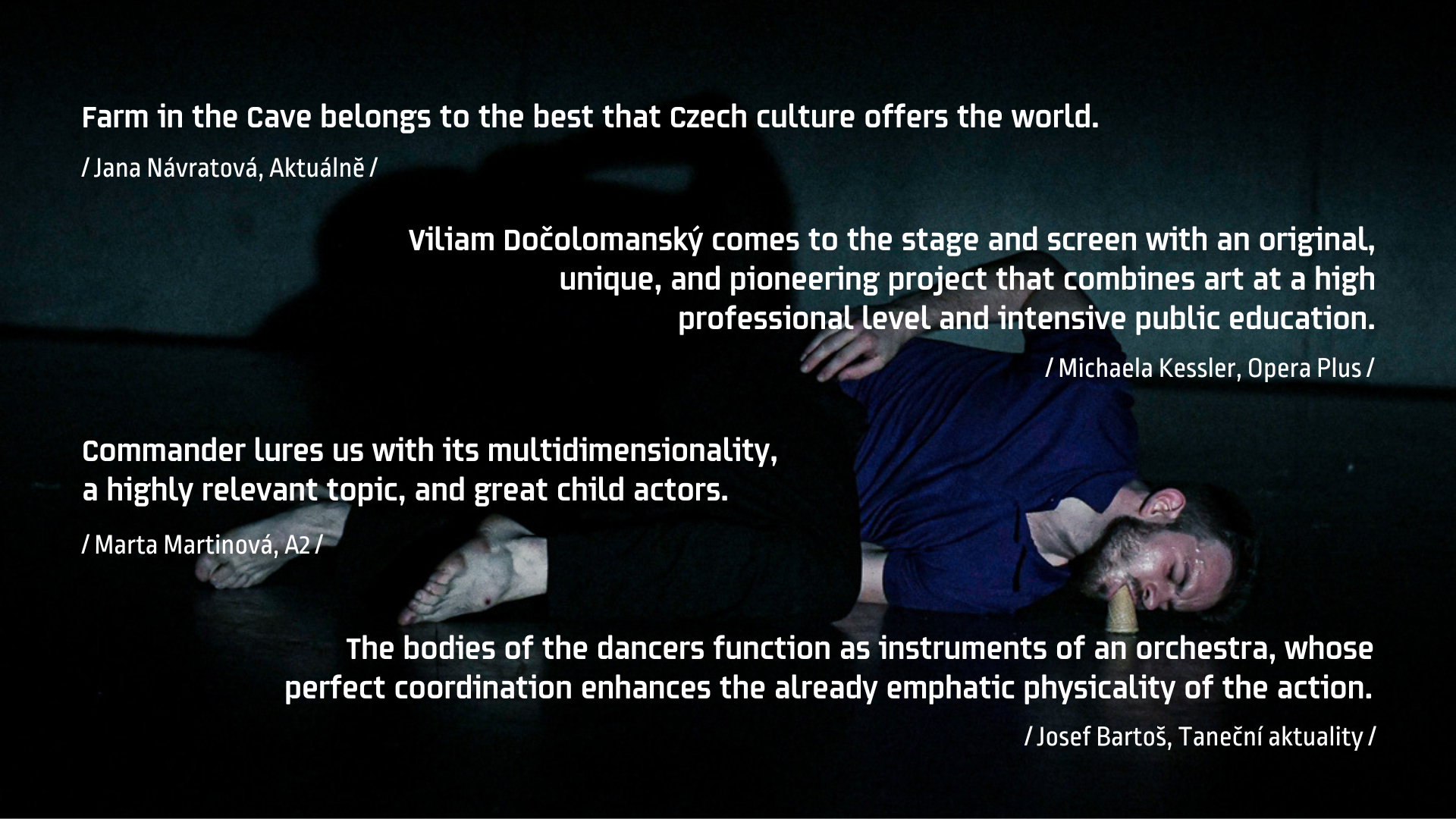 What has been written about us

The Internet has become the perfect tool for the recruitment of extremist groups. A series of videos and workshops prepared as part of the Commander project in cooperation with leading experts address the prevention of online radicalization, which is closely linked to the prevention of internet addiction and the improvement of digital literacy among teenagers.

More about the educational programme

More about the installation

The Commander project was created by the team of Farm in the Cave. This year, the ensemble led by Viliam Dočolomanský will celebrate its 20th anniversary. In the beginning, the ensemble searched for ways to transfer human experiences to the viewer that were otherwise ineffable. They found inspiration in meeting people of different ethnicities and cultures around the world. Farm in the Cave has evolved from a "theatre laboratory" into an engaged ensemble whose authorial work transcends various art forms, as well as art itself. They focus on contemporary social phenomena, the impact of which we cannot avoid, but of which we are still not fully aware. They delve into topics through the lens of various art forms and educational formats. Since 2018, Farm in the Cave has been in permanent residence at the DOX Center for Contemporary Art, with which they share the courage to express their views on burning topics through art and to cross established borders of the cultural world. They do not hesitate to break down the usual ways of thinking and open up new insights into what is happening in our society, as well as our understanding of individual art forms. 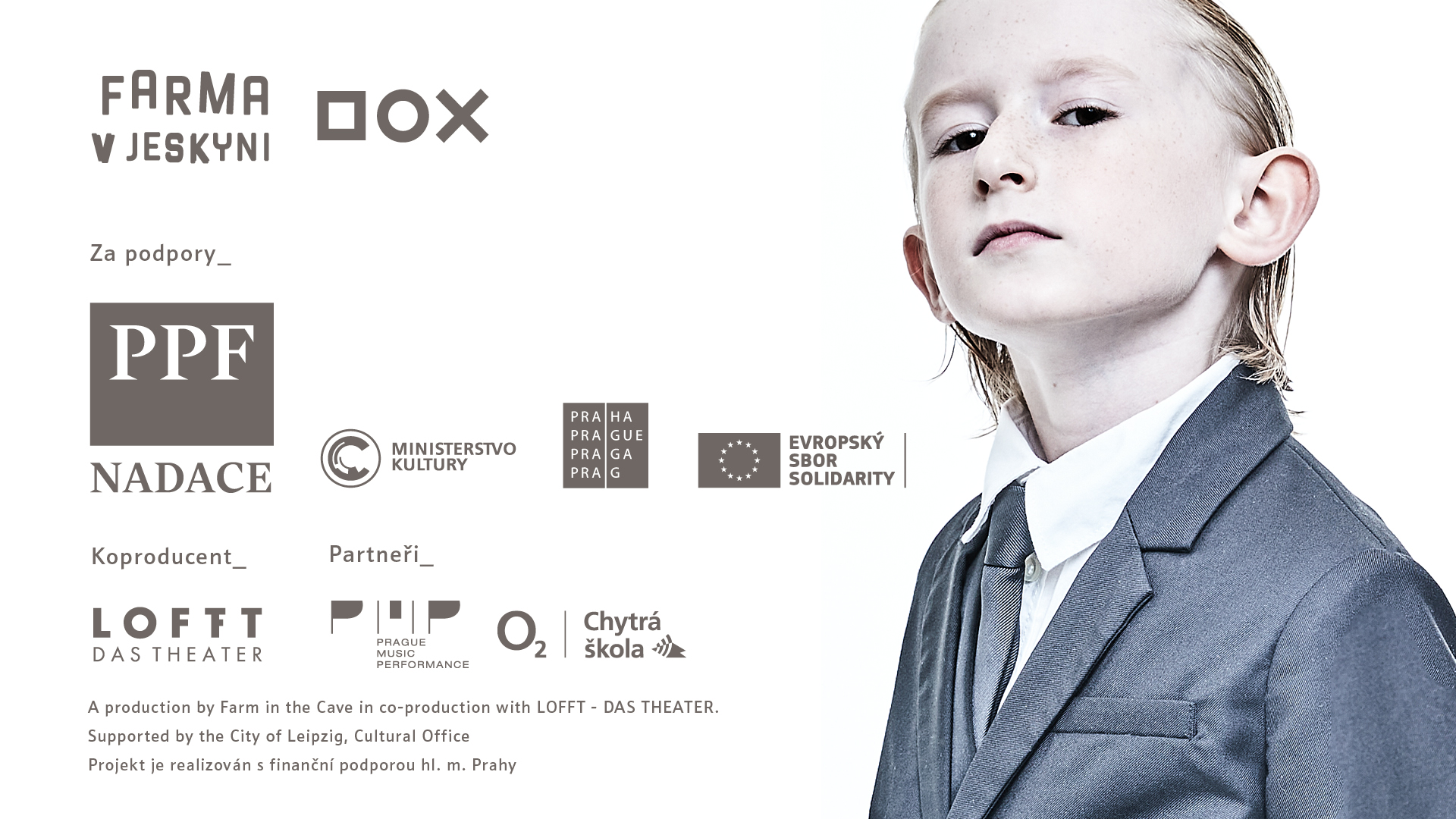